The eleven lessons in this tutorial introduce you to the design capabilities of Creo Parametric 6.0. The tutorial covers the major concepts and frequently used commands required to advance from a novice to an intermediate user level. Major topics include part and assembly creation, and creation of engineering drawings. Also illustrated are the major functions that make Creo Parametric a parametric solid modeler.

Although the commands are presented in a click-by-click manner, an effort has been made, in addition to showing/illustrating the command usage, to explain why certain commands are being used and the relation of feature selection and construction to the overall part design philosophy. Simply knowing where commands can be found is only half the battle. As is pointed out numerous times in the text, creating useful and effective models of parts and assemblies requires advance planning and forethought.

Moreover, since error recovery is an important skill, considerable time is spent exploring the created models. In fact, some errors are intentionally induced so that users will become comfortable with the debugging phase of model creation.

At the end of each lesson is a short quiz reviewing the new topics covered in that chapter. Following the quiz are several simple "exercise" parts that can be created using new commands taught in that lesson. In addition to these an ongoing project throughout the book is also included. This project consists of several parts that are introduced with the early lessons and finally assembled at the end.

Who this book is for

This book has been written specifically with students in mind. Typically, students enter their first CAD course with a broad range of abilities both in spatial visualization and computer skills. The approach taken here is meant to allow accessibility to persons of all levels. These lessons, therefore, were written for new users with no previous experience with CAD, although some familiarity with computers is assumed.

The tutorials in this textbook cover the following topics: 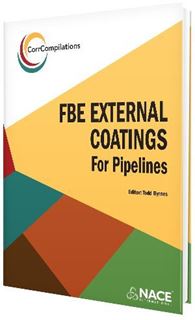