The idea of ​​persuasion is as instinctive and natural as language. Even before we learn how to speak, we learn to persuade. Sure, or technique is simple, but it's effective. We scream bloody murder until somebody gives us what we want.

The idea of ​​persuasion is as instinctive and natural as language. Even before we learn how to speak, we learn to persuade. Sure, or technique is simple, but it's effective. We scream bloody murder until somebody gives us what we want.

We all come preprogrammed with a couple basic persuasion strategies. Ask until we get it. Bargaining Using any position of power. More enlightened types of persuasion involve eliciting criteria, and leveraging that. Turns out you can go a long ways with this technique. And make a lot of money.

Dale Carnegie notes that you can get anybody to do anything, so long as they believe it was their idea. This is one of the iron laws of persuasion. But it's tricky. If you are attempting this technique, and your target figures out what you're up to, it will backfire. Nobody likes to be manipulated. Even if it's for their own good.

This has been found in every culture. You'll find this in every Hollywood blockbuster and bestseller. What is the story structure? Once upon a time there was a young boy. Scared and lonely. Then something happened and he was forced out of his comfort zone.

Every young caveman has to grow up and become an effective hunter. What better to motivate him that to carry around heroic stories in his mind while out hunting? Did he remember the storyteller? No, I did not. I remembered the hero. The characters The struggle

Another way to look at these ancient storytelling techniques is a very clever, very covert, and very powerful way to implant a post hypnotic suggestion in the minds of these young hunters. What suggestion would that be?

You will be able to put any ideas you want into their heads. No, you cannot become a super villain. The requirement is the idea you secretly put into their brain must benefit them somehow. You cannot trick people into robbing banks or becoming assassins.

Once you understand how to link any ideas you want to their deep instincts, they will crave following your hidden advice. It will not only be their idea, but it will feel instinctively pleasant. This means they will eagerly do whatever you want.

If you're in sales, you'll make your money. If you like building relationships, you can create insane amounts of attraction. If you have kids, you can get them to behave much more like you'd like them to. If you sell from the stage? You can build an empire.

You'll find that in many cases, all you'll need to do is listen, ask a few questions, and the answers to their problems will pop right into their mind. This will give you super human listening skills. But if you decide to take it further, you will become a walking wizard.

Escaping the Drama Triangle in the Three Realms: Relationships, Thinking and Dreaming

The Death Drive: New Life for a Dead Subject 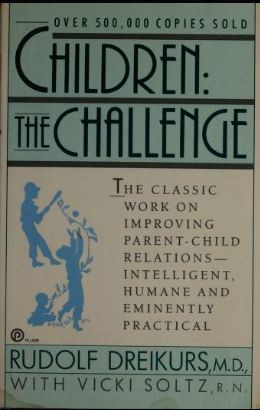